The Wrong Fuel Rescue guide to the VW Caddy 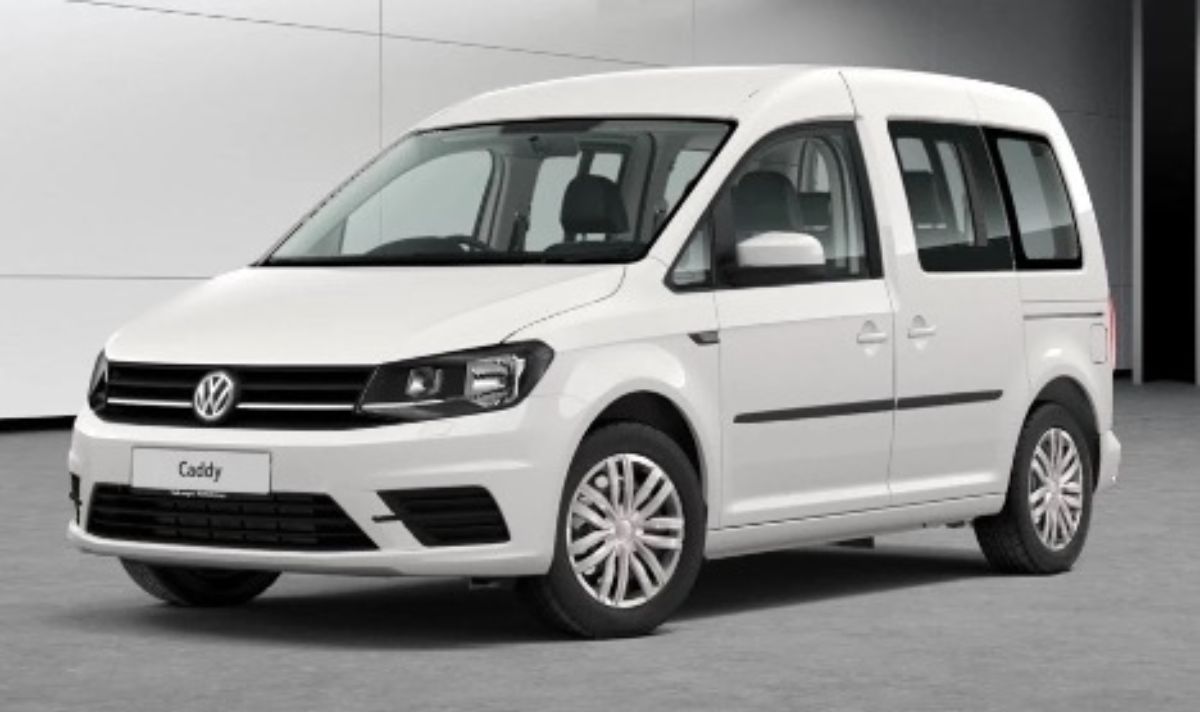 Well-known as the cheapest and smallest of the Volkswagen vans, there are few people who have not heard of the VW Caddy. It can be your home on wheels, it can carry your family, it can bear great loads. This multi-purpose vehicle comes in a few different versions to suit the driver’s needs and has a long and impressive history of upgrades and evolutions. Check out the Wrong Fuel Rescue guide to the VW Caddy for more information about this versatile vehicle, and what to do if you find yourself in need of a wrong fuel rescue while driving it.

With Volkswagen having so recently given us the all-new 2021 version, many have been gaining interest as to the history of this useful vehicle. Since the launch of the first-generation Caddy in 1978 as a pick-up, VW has sold more than 3 million models around the world. Available in a number of body styles and models, it makes sense that the vehicle has been so popular over the generations since its launch. Naturally, over this time, the vehicle has seen a number of evolutions.

The story of the Caddy begins in the USA, where it was first launched as a Golf underneath a pick-up structure. It was produced in the Volkswagen Westmoreland Assembly Plant near Pittsburgh and after some time, the vehicle found its way to Europe next. Where it was originally known by the name of Rabbit, in 1982 it found its new name, the Caddy, which has survived even after all this time. The model was well-loved for its load bay of 1.83 metres that enabled drivers to utilise the vehicle as an efficient delivery van.

Even during the 80s, the caravan-style add-on unit was available, which effectively turned the vehicle into a compact camper van, much to the delight of adventurous souls around the world. Over 207, 000 units of the first-generation Caddy were manufactured throughout its lifetime. Eventually, the production of this model came to an end in Europe in 1993 but continued on in countries such as South Africa until 2007.

The second-generation Caddy, which debuted in 1995, got rid of the Golf platform in favour of the smaller and more compact Volkswagen Polo as well as SEAT Ibiza. Known as “The Caddy 2,” this model was available as a high-roofed estate as well as a panel van. Both of the former boasted a larger cargo capacity of 2.9 cubic metres. The Caddy 2 was fitted with front and rear wing doors, missing the characteristic sliding lateral doors that are familiar to so many today.

In 1995, the Caddy camper came onto the scene, and in 1996, drivers were treated to the new and improved Caddy pick-up. The Caddy 2 was much more popular than its predecessor. Sales amounted to around 520,000 units produced until the end of manufacturing in 2003.

In 2003 arrived the much-anticipated third-generation Caddy – and its production moved to Poznan in Poland, which is where it remains to this day. Introducing an even bigger cargo bay of 3.2 cubic metres, a choice of rear wing doors or a large tailgate was available to purchasers. The panel van and similar models were also joined by another model with a 7-seat configuration that made the Caddy 3 a popular family vehicle.

Unveiled in 2015, the fourth-generation Caddy enjoyed a significant facelift. While still available as a panel van, multi-purpose van, and estate van, a range for 2, 5 and 7 seat configurations were also available. An interesting new addition was the all-wheel-drive Caddy Alltrack, as well as the Caddy Beach camper. The Caddy 4 also enjoyed a major safety upgrade, in which City Emergency Braking, Driver Alert, and ACC Adaptive Distance Control were included. When 2019 came to a close, Volkswagen had produced around 722,000 fourth-generation Caddys.

First introduced to the world in February 2020, the fifth-generation Caddy was a starkly fresh model, which had been built on a completely new platform, the MQB. It brought with it a serious upgrade in terms of safety, connectivity as well as technology. The fifth-generation model is offered in Cargo, Maxi, and of course, Caddy forms. Boasting a loading space of between 3.3 and 4.0 cubic metres, the vehicle features 19 driver assistance systems as well as smartphone connectivity in the “Innovision Cockpit.”

The Wrong Fuel Rescue guide to the 2021 VW Caddy

First arriving in showrooms in August 2021, the redesigned Mk5 Volkswagen Caddy with a fuel tank capacity of 55 litres, did not launch with petrol engines. However, they are expected to arrive by the end of the year. While there are said to be a variety of different powertrains on offer in Europe, only two will be available for some time: a 2.0-litre turbo-diesel 4-cylinder that features a torque of 280Nm and power of 75kW (this engine has been called TDI280). Alternatively, the more powerful TDI320 features 90kW of power and a torque of 320Nm – and is only available with a 7-speed dual-clutch automatic transmission.

VW continues to offer the vehicle in two lengths as well as in the people mover variants, cargo van, and crew van models. However, the people mover models will offer a more expanded suite of active safety technology, such as rear cross-traffic alert and blind-spot monitoring. When it comes to infotainment, the new Caddy features an 8.25-inch touchscreen as a standard, and a 10.0-inch touchscreen as an optional upgrade in the people mover models. On the exterior, dimensions have also grown, with the short-wheelbase cargo van model reaching up 92mm in order to achieve an overall length of 4500mm.

When it comes to the Cargo Maxi variants, the vehicle measures approximately 4853mm long and 1860mm tall, with a wheelbase of 2970mm and a cargo compartment measuring 2150mm in length. These models can carry up to 754kg. In terms of servicing and warranty, the 2021 VW Caddy is covered by a 5-year, unlimited-kilometre warranty.

On the matter of safety, all 2021 VW Caddy models feature the following standard equipment:

Also known as the Driver Alert System, this safety feature serves to identify a driver’s failing concentration and alert the driver with a 5-second acoustic warning as well as an indication – if so desired – that recommends the driver take a break. Should the driver not take a break within 15 minutes of the warning, it is repeated once more. The system works by analysing the characteristics of the driver’s steering behaviour at the beginning of the trip to establish a standard. During the journey, the system continues to evaluate certain signals such as the steering angle, and should there be deviations from the standard, the alarms are initiated.

A guide to standard equipment in the various 2021 Caddy models

Each variant of the 2021 VW Caddy comes with its own variation of standard features. In light of this, we at Wrong Fuel Rescue have compiled a brief yet comprehensive list of the features for each of the vehicle models in order to help you make a more informed decision should you be looking to buy a new Caddy model.

In addition to the former features, as well as adding 3 rear seats, the Caddy Crewvan features:

This model, in addition to all of the former features, includes:

This variant adds the following:

Need a wrong fuel rescue in your VW Caddy?

When considering the many uses of the Volkswagen Caddy, it is no surprise why the vehicle is so commonly seen on Australian roads. We at Wrong Fuel Rescue have come to the assistance of many VW Caddys during our years of operation. Because a large proportion of VW Caddy drivers are using the vehicle for commercial reasons, drivers have been on the road for many hours, and exhaustion, stress, or just a lack of concentration can easily lead to a mishap and the need for a wrong fuel rescue. Our experience in assisting VW Caddy drivers with a wrong fuel rescue means that you are in safe hands if you have filled up your own Caddy with the incorrect fuel and call us for help.

Need a Wrong Fuel Rescue in your diesel VW Caddy?

No matter which VW Caddy you drive, filling up a diesel Caddy with petrol secures you a fast-ticket to the side of the road – that is if you do not notice your error before you drive off. If you realise your mistake before driving off, refrain from even placing the key in the ignition. Make sure to call us at Wrong Fuel Rescue, and take comfort in the fact that your vehicle has experienced less damage due to the fact that the wrong fuel has not yet been circulated. However, if you incorrectly filled up with petrol in your diesel VW Caddy and have driven off, the following signs are likely to alert you of your need for a wrong fuel rescue:

· Excessive smoke emerging from the exhaust

· A loud, knocking noise from the interior of the vehicle that occurs whilst idling or driving

· The engine cutting out completely

Filling up your petrol engine VW Caddy with diesel can be just as disastrous, and the following signs will alert you to the fact that you require our services:

· A failure to start