The Wrong Fuel Rescue guide to the Volkswagen Amarok 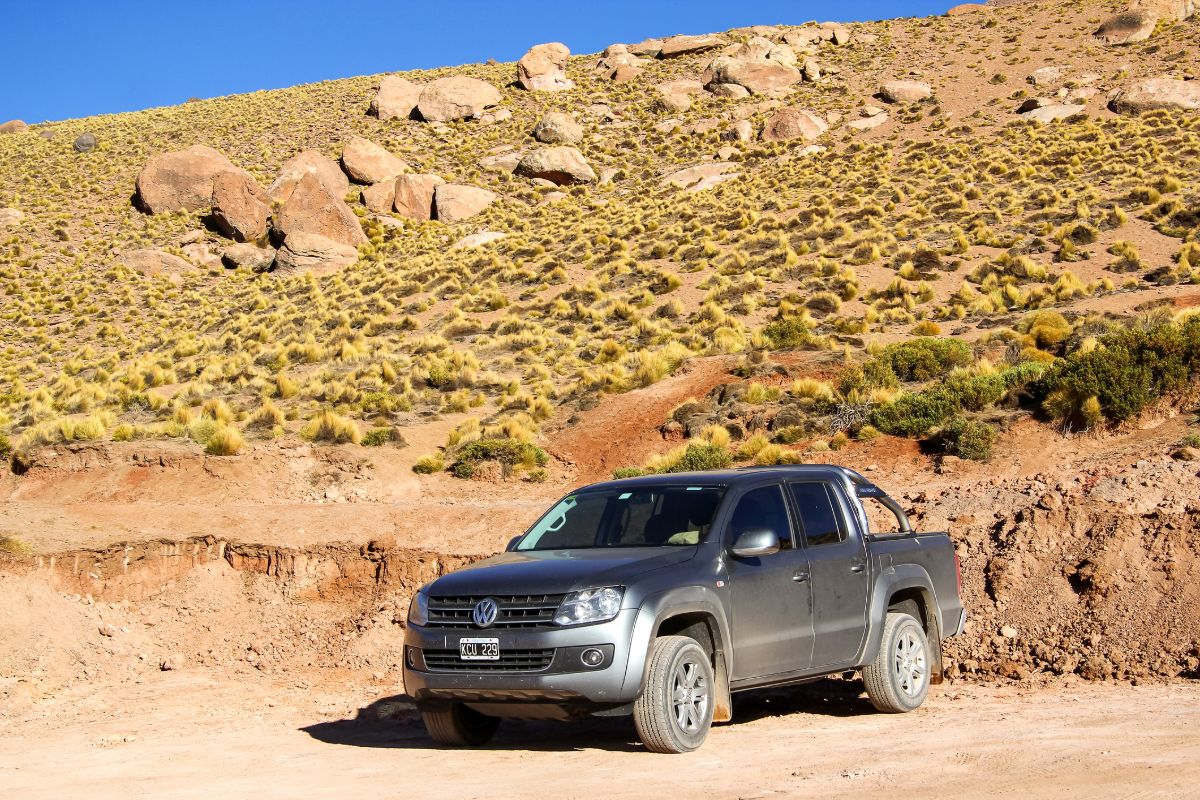 In recent years, utes have become increasingly popular. As a result, it is no surprise that the Volkswagen Amarok has been donned with such a winning reputation. Many describe it as being one of the very best pick-up trucks, raking in several awards (such as being voted Australia’s top ute of the year in 2011) since its first emergence in the market. All versions of the VW Amarok, including the 2020 model on which we will be focusing, feature four doors and five seats, as well as permanent four-wheel drive and an eight-speed automatic gearbox – with a few engine variants. Check out the Wrong Fuel Rescue guide to the VW Amarok, and find out for yourself why the ute is so well-loved, as well as what to do should you find yourself in need of a wrong fuel rescue in this vehicle.

A brief history of the VW Amarok

The VW Amarok first came into being in 2010, produced by Volkswagen Commercial Vehicles and introduced as a pickup truck. It comprises a traditional body-on-frame truck, featuring double-wishbone suspension in the front of the vehicle and leaf springs at the back. At the time of its entry into the industry, Volkswagen considered the ute’s main competitors to be the Nissan Navara, Toyota Hilux, Ford Ranger and the Mitsubishi L200. The high amount of sale’s in the first years of its existence stand testament to the vehicle’s popularity.

However, in 2020, the Amarok was discontinued – following VW’s announcement that they would be re-purposing its Hanover factory, wherein the vehicle was being built. Instead, the factory would begin producing the new ID Buzz electric van. The company announced that the new 2022 Amarok would be built by Ford, claiming that the ute would boast significantly more driver assistance systems and high-tech connectivity capabilities. While there is not an abundance of solid and confirmed technical information available as of yet, VW has suggested that like its predecessor, the 2022 model will feature a V6 engine.

Beneath the hood of the VW Amarok

Should you be considering purchasing a 2020 Amarok, you will be faced with a few choices when it comes to engine variants. You can choose between two impressive 3.0-litre V6 diesel engines – one with 201bhp or one with 254bhp. The 201bh still offers a punchy performance (more so than most utes) and is helpfully cheaper. The latter 254bhp naturally offers a brisker performance, with 0-62mph taking only 7.4 seconds to achieve. Similarly, heavy loads are taken on with great ease.

No matter your choice, both engines operate smoothly with the 8-speed automatic gearbox, providing seamless shifts and a pleasant driving experience, as well as an impressive fuel economy with a fuel tank capacity of 80 litres. Interestingly, all VW Amaroks possess a diesel particulate filter that works to remove soot from the engine’s exhaust gas, thus benefiting the atmosphere. When it comes to handling, fans and critics alike cannot deny that this ute’s steering is accurate and well-weighted in bends.

Some go as far as to say that the Amarok handles bumps better than any other ute, and is particularly smooth at higher speeds. Obviously, due to its size and weight, there will be a degree of body roll even when taking gentle corners – a characteristic shared by almost every other similar vehicle on the market. Designed to carry massive loads (over a tonne) even over the roughest and muddiest terrain, the Amarok is certainly practical. Even though highways are noisy, the interior of the vehicle does not experience uncomfortable noise levels – like many other ute interiors do.

Inside the VW Amarok

The interior of the Amarok is styled in a way that matches VW’s typical vehicle range, with this model forgoing any flamboyance for functionality. Utes often lead rather tough lives on the road, which is why it makes sense that the interior features tough, easily cleanable surfaces. After climbing up into the driver’s seat, you will discover quite a range of steering wheel and seating adjustments to ensure your comfort. One resounding complaint has centred around the lack of lumbar support in the Amarok’s seat, which is why many people opt for buying extra support.

Available in the top-spec Aventura Black Edition Amarok, electric seats become standard, and are optional on every other model except the entry-level Trendline. While visibility is not terrible in the interior, many recommend upgrading by adding parking sensors if you are considering the entry-level trim. The Amarok Trendline trim comes with a 6.3-inch touchscreen infotainment system, coupled with a DAB radio as well as Android Auto or Apple CarPlay smartphone mirroring – an easy system to control whilst driving.

As is the case with most vehicles, there are a wide variety of upgrades and trims, ranging from entry-level to top-of-the-line. Amaroks are also available in single and dual cab versions, from which the buyer must choose based on what their vehicular requirements happen to be.

Safety in the VW Amarok

The Amarok is arguably one of the safest options in the ute market. As well as having the standard Electronic Stabilisation Program, or ESP, in each model, there is also an off-road function that makes provisions for a bit of slip in muddy conditions. The ESP includes features that help drivers to keep control of vehicles especially when performing evasive manoeuvres, such as swerving to avoid something in the road. The ute also features an electronic differential lock in standard models, as well as hill descent assist and hill start assist.

The vehicle can also claim Volkswagen’s post collision system to its belt, a cleverly designed feature that aids in limiting the damage caused by any secondary impacts during an accident. Each version of the Amarok is fitted with driver, front passenger and front side/head airbags.

Seating and space in the VW Amarok

Seated within the Amarok, front seat occupants will enjoy a spacious driving experience – in all directions. However, adults sitting in the back of this ute may feel a tad cramped due to a slight lack in knee room. Despite this, 3 adults will fit across the rear bench. Most ute buyers will be more concerned about cargo space, though. The Amarok shines brightly in this department, offering only the best. The maximum payload that this vehicle can handle varies as you move up the range, but it levels somewhere between 1030 kilograms and 1147 kilograms.

Need a Wrong Fuel Rescue in your VW Amarok?

Like many utes, the 2020 VW Amarok does not have a petrol engine variant. Utes are manufactured most commonly with diesel engines since this type of engine usually produces more torque than other petrol-powered pickups – which signifies greater towing capabilities. Although diesel as a fuel can often be more expensive, diesel engines are – in most cases – much more fuel efficient than petrol engines, which is why diesel engine ute owners will likely save more in the long run. Further, there is much evidence suggesting that diesel engines last longer than petrol engines, since they are engineered in a simpler manner.

These are but a few reasons why ute manufactures often opt to leave out petrol engine variants. It is no secret that pickups like the Amarok are usually chosen by those who frequently take part in towing activities, adventuring or whose businesses depend on transporting large items or great quantities of supplies. Having a more industrious engine therefore makes sense.

Even those who drive their ute everyday can fall victim to wrong fuel mishaps. More often than not, mis-fuelling is a result of tiredness, distraction or a mislabelling of jerry cans. No matter the reason, we at Wrong Fuel Rescue are frequently contacted to come to the aid of VW Amarok drivers who have filled up with petrol. The likelihood of this happening increases when dual-cab utes with large filler neck inlets are involved.

A diesel fuel pump operates on a delicate tolerance at high pressures, and depends heavily on the lubricant that diesel fuel contains. Should petrol be added to the vehicle, even in a small amount combined with diesel, the lubrication properties are significantly reduced. This may result in metal-to-metal contact in the system, with metal particles braking off and inflicting damage. Furthermore, detonation caused by uncontrolled petrol ignition may result in extensive engine damage.

Petrol is not suited to the higher compression ratio in diesel engines, which is why this can occur. Should you be fortunate enough to realise your error before you drive off from the fuel station, refrain from even placing your key in the ignition. In some vehicles, this action primes the fuel pump. If you start the vehicle, the incorrect fuel will begin to circulate through the fuel system and begin to wreak havoc. Calling us at Wrong Fuel Rescue before this occurs is the best way to ensure no damage to your vehicle. Unfortunately, most people fail to realise their error before getting back on the road.

Should you do this, it is likely you will notice the following symptoms from your vehicle:

Should you notice some, or all, of the above signs, your best bet is to pull over as soon as you can safely do so and call us at Wrong Fuel Rescue. In order to prevent further damage to your ute, resist the temptation to keep driving to your nearest fuel station or repair shop. Instead, opt to rely on us at Wrong Fuel Rescue to get to you in record times and do what we do best. Fortunately in most cases, the vehicle will not sustain severe damages – as long as you realise your mistake with time to spare.