The Wrong Fuel Rescue guide to the Mazda CX-5 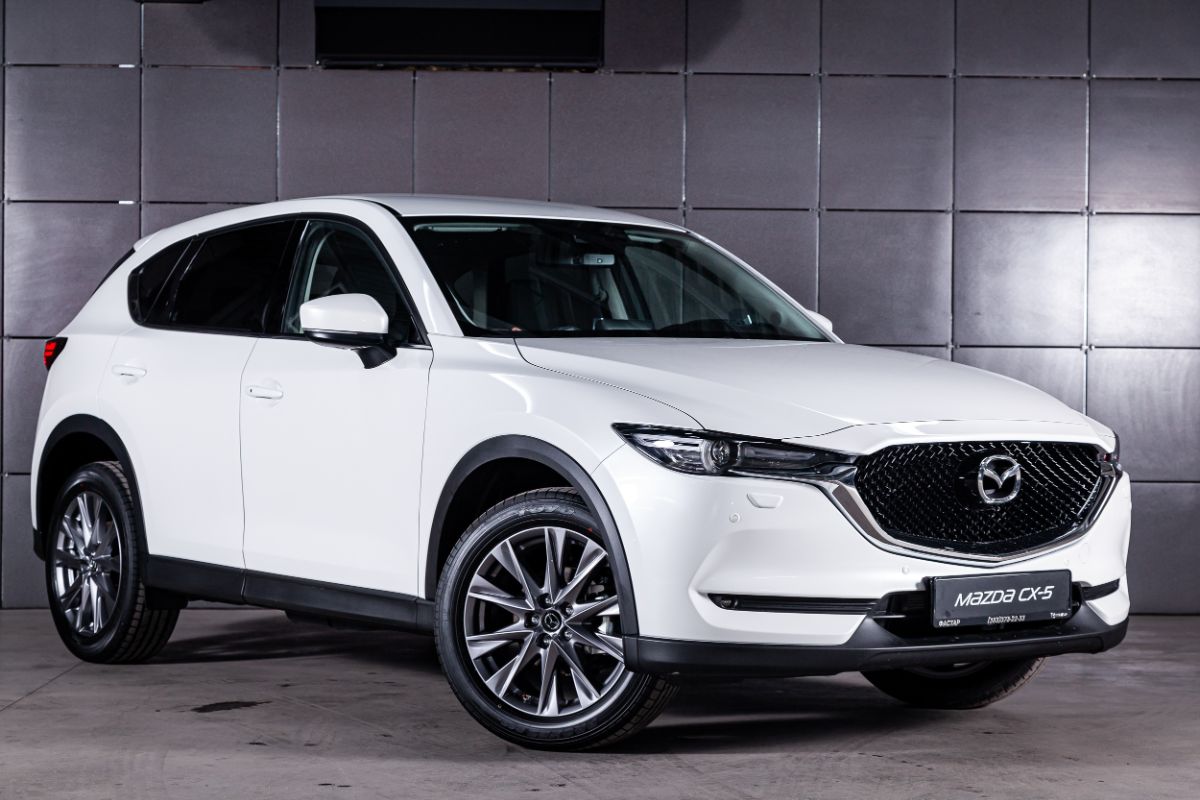 The Mazda CX-5 can be described as a medium-sized, 5-seat crossover luxury vehicle that rivals vehicles such as the Peugeot 3008 and the Volkswagen Tiguan. The vehicle is so popular that it accounts for more than a quarter of new Mazdas sold in the United Kingdom, for instance. In Europe alone, more than 3 million models have been sold. The CX-5’s design is sleek and polished, making it instantly recognisable on the roadway. There is much about this vehicle that makes it special, find out about it all – as well as what to do should you find yourself in need of a wrong fuel rescue whilst driving this coveted model.

The Mazda CX-5: a history

Unveiled as a concept car at the 2011 Geneva Motor Show – the previously named Madza MINAGI was the first Mazda model to combine Skyacity technologies and Madza company’s Kodo design language. Essentially, its role was to serve as a design preview of the CX-5, which was to replace both the Mazda CX-7 and the Mazda Tribute. The first CX-5 was shown at the Frankfurt Motor Show later in 2011, courtesy of rapid development under the guidance of the famed Hideaki Tanaka and Masashi Nakayama.

In 2012, production models were placed on sale, with two engine variants available. After its introduction, it was the recipient of the 2012 Car of the Year Japan Award – a testament to its fantastic design and innovative technology at the time. Today, the newest model sits on the same basic platform at the first-gen Mazda CX-5 of 2012. Although the wheelbase is essentially the same, it is 35mm lower and 10mm longer. Thanks to the stylish headlights and taillights, as well as a wider grille and longer, smoother bonnet – the vehicle’s aesthetic is much sharper.

The 2021 update ushers in a new infotainment upgrade in the form of a 10.25 inch widescreen that is controlled with an iDrive-style rotary controller which sits near the gear lever. In addition, the new model has added another engine to its range, making four engine options in total, including:

However, the new engine is only available in the top-spec GT Sport trim, meaning that it will most likely remain a top-tier niche option. The 2021 model also features all-wheel drive and is automatic, with no hybrid or plug-in models. Despite this, manual gearbox engine options are certainly available somewhere in the range. This vehicle also has a fairly competitive fuel-efficiency rating, with a fuel tank capacity of 56 litres.

Inside the Mazda CX-5

While the first generation CX-5 did not sport the most impressive interior, the newer models have truly made an improvement. Second generation models, including the 2021 update boast a luxurious interior, spacious as always but upgraded with higher quality materials and features. As previously mentioned, this model has replaced the previously uninspired infotainment system with a 10.25 inch screen that protrudes from the dash, coupled with aluminium-look air vents as well as a trim strip that spans across the width of the dash. Altogether, the update has ensured a stylish and modern aesthetic.

It is well-known that Mazda tends to do things differently from other car manufacturers and designers. The previously-mentioned rotary controller on the centre console can be attributed to that fact. This touchscreen is standard across the 2021 range, and is said to boast crisp graphics and an intuitive user interface that does not overwhelm passengers. Most organisations have formed the opinion that this interface is easier to use than most touchscreens (especially because the climate controls feature their own physical controls too).

The CX-5 is only available as a 5-seater, and knee-room at the back of the vehicle is reasonable but not outstanding, as is the case with many luxury vehicles. However, there is enough leg room for most adults, as well as space for big shoes under both front seats. In the rear, the backrest can be unclipped and lowered from its usual 24-degree angle to 28-degrees, which is a good position for child-seats especially when driving long distances.

Large back doors mean that getting in is a dream, and views out of the windows as you travel the expansive Australian roads are arguably unrivalled. Every CX-5 model – except the Mazda CX-5 Maxx – feature rear air-conditioning vents, as well as a folding armrests that houses dual USB charge outlets. This means that there should not be any complaints from passengers about devices dying during long trips.

When it comes to storage space, the 2021 Mazda CX-5 does not run short. In the front of the vehicle, a large covered centre console features a removable shelf for valuable storage space, as well as deep and long door pockets. In the rear doors, these pockets are considerably smaller but can still hold items such as large water bottles. When folded, the fixed rear seats split 40-20-40, meaning that long items can still be carried while still accommodating two passengers comfortably.

The boot features a small lip that opens up to a flat, broad load space – boasting 442 litres of space. In this new model, the luggage area is around 10% larger than previous CX-5 models.

Further, the boot also contains a useful luggage cover strapped to the tailgate, ensuring that it rises when the boot is opened. All CX-5 models can tow up to 1800 kilograms.

There are a total of 18 Mazda CX-5 models as of early 2021, all of which feature their own unique combination of features. Most CX-5 models are available in the following colours:

But with a total of 18 CX-5 models, where does one even begin to choose the most appropriate version? It helps to know that the lesser petrol and diesel engines only feature front-wheel drive – yet at the same time also get the option of an automatic gearbox that replaces the standard 6-speed manual. Customers who choose to purchase the more powerful diesel engines are able to choose any combination of gearbox or drive. The new 2.5-litre petrol engine, however, is auto and all-wheel drive only.

The top-of-the-line GT Sport version adds ventilated front seats, a sunroof, plusher trim and heated rear seats. They also feature the Safety Pack as a standard. As an upgrade, the Sport CX-5 models can include adaptive LEDs, driver attention alert, rear smart city braking as well as a 360-degree camera for surrounding views.

Mazda is well-known to be one of the safer options on the market. As such, the company is always proud to announce quality safety features that are added to their line-up each year. This year, in the 2021 Mazda CX-5, the following features were added on respective models:

The Mazda CX-5 was awarded a 5-star Euro NCAP safety rating after its first test in 2017, which is one reason why we at Wrong Fuel Rescue stand by our belief that it is one of the safest options on the market. In the 2021 edition, several new safety features have been added, as detailed in the previous section. One of the most interesting new features is the Smart City Brake Support Reverse, which aids drivers by means of sensors along the front and rear of the vehicle. The 360-degree camera operates in the same manner. The two features combined allow the driver to have a functional view of the environment surrounding their Mazda model.

Need a wrong fuel rescue in your Mazda CX-5?

Wrong fuel mishaps can occur in all vehicles, even the luxury ones such as the Mazda CX-5. It is simply a matter of distraction or ignorance – and in rare cases, contaminated fuel. Regardless of the reason, filling up with the incorrect or contaminated fuel will likely result in your Mazda breaking down, and depending on how quickly you realise your error, a degree of damage to your vehicle. No matter where you find yourself after a mis-fuel, whether it be pulled over on the side of a highway or parked at a gas station, we at Wrong Fuel Rescue are but a phone call away.

Need a wrong fuel rescue after filling up with petrol in your diesel engine Mazda CX-5?

Fortunately in most cases, filling up with petrol in a diesel engine vehicle is fixable. However, there are some severe problems that can arise in certain situations. What we at Wrong Fuel Rescue consider to be the highest priority is your safety and the safety of those around you. Since petrol is incredibly flammable, we strongly advise against you attempting to handle it yourself. Inside the diesel vehicle, petrol can cause considerable damage to the fuel injection system and the engine. In most cases, insurance does not offer cover for this type of mistake.

Mis-fuelling with petrol should be treated as a serious issue, since petrol does not contain enough lubrication to effectively fuel a diesel engine. The friction caused within the system as a result of this is what can cause major problems. Should you mis-fuel with petrol in your diesel engine without noticing, you are likely to notice the following symptoms:

Should you realise your mistake before driving off, do not attempt to start your vehicle and drive to a local repair facility. Circulating the incorrect fuel is what causes damage to the vehicle. Instead, call us at Wrong Fuel Rescue and we will bring our professional service to you – wherever you are.

Mis-fuelling with diesel in your petrol engine Mazda CX-5

Mis-fuelling your petrol engine Mazda CX-5 with diesel fuel can be just as problematic, although it is less common than the alternative. Should you drive off after your error, you will likely notice the following signs from your vehicle:

As is the case with a petrol mis-fuel, we at Wrong Fuel Rescue advise that you safely pull over as soon as you realise your mistake and give us a call for fast and reliable solutions.