The Wrong Fuel Rescue guide to the Hyundai iLoad 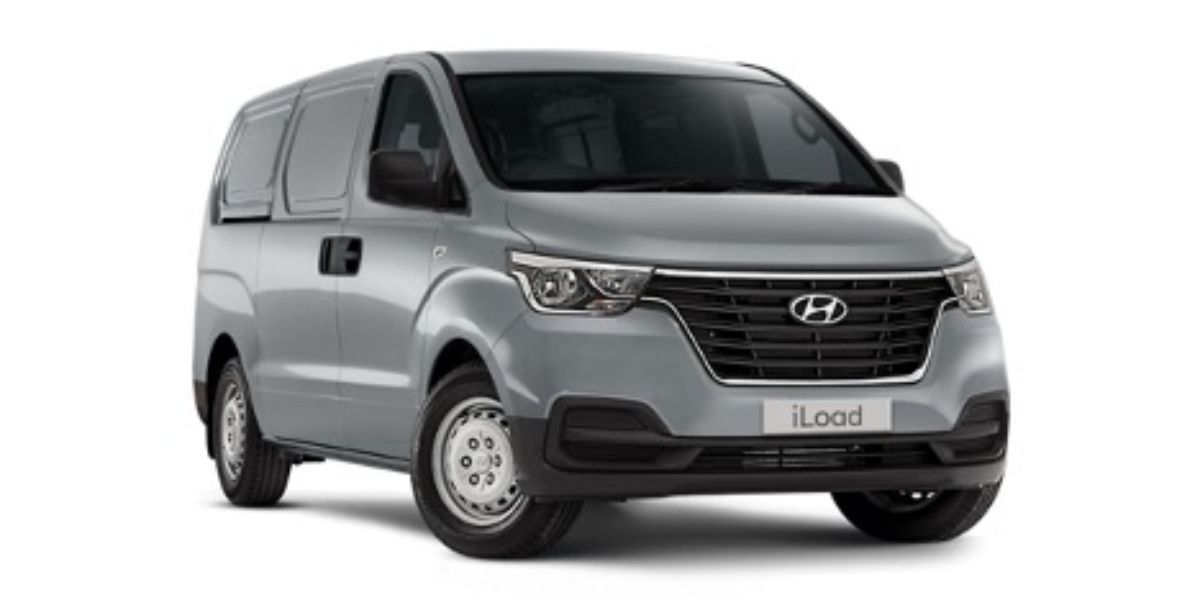 Introduced to the Australian market all the way back in 2008, the Hyundai iLoad is one of the most well-known commercial vans. Since its creation, every iLoad model has been equipped with a turbo-diesel engine, and in a 2021 update, the manual gearbox was replaced with a 6-speed unit. When it comes to both parcels and passengers, few vehicles can rival the space offered by the Hyundai iLoad, as well as some of its cool features. Check out the Wrong Fuel Rescue guide to the Hyundai iLoad, and find out all you need to know about the vehicle and what you should do should you require a wrong fuel rescue whilst driving it.

History of the manufacturer

Before launching into the nitty-gritty details about the vehicle in question, it is always interesting to learn more about the manufacturer behind its success – in this case, Hyundai Motor Company. It was 1947 when a man named Chung Ju-Yung created Hyundai as an engineering and construction company, and it was only years later in 1967 that the motor division was established. In 1975, Hyundai released its first vehicle in Korea, the Pony – a culmination of the design of Giorgio Giugiaro from ItalDesign and powertrain tech from Mitsubishi Motors in Japan. Today, Hyundai remains one of the world’s most popular vehicle manufacturers. In 2020, it was reported that Hyundai had a sales revenue of around 96 billion US dollars.

The Wrong Fuel Rescue guide to the Hyundai iLoad: at a glance

The iLoad is recognisable to most for being a medium-weight van most commonly used for commercial activities. However, this is not to say that this is its only functional use. The vehicle is also sold as the iLoad Crew Van or the i800 People carrier, the latter featuring 3 full-sized, adult-appropriate rows of seating as well as windows. However, for the purpose of this guide, we are sticking to the iLoad models.

The iLoad is available in just two specifications, and both of them feature the same 114 brake horse power (bhp), 2.5-litre diesel engine as well as a 6-speed manual gearbox. Firstly, there is the iLoad panel van, which features an impressive loading weight of 1,062 kilograms, as well as a 4.3 cubic metre load space. It also features a full height metal bulkhead. Alternatively, there is the iLoad Crew Van, which comfortably seats 6 people and still provides around 2.5 cubic metre spacing behind passengers.

Naturally, buyers can opt for an upgraded trim level – SE. This level offers significant comfort, including a height-adjustable driver’s seat, electric mirrors and windows, air conditioning as well as a 6-speaker stereo that can be controlled through Bluetooth and steering wheel buttons. Should drivers who are attracted to the Crew Van model choose an upgraded trim, this vehicle is easy to live with and offers an enjoyable ride for large families in particular.

One of the most appealing aspects of the iLoad is its affordability – both in terms of purchasing and running costs. The vehicle comes equipped with a 5-year/100,000 mile warranty. Further, Hyundai alleges that the vehicle averages about 7.1-litres per 100 kilometres in terms of fuel consumption.

All iLoad models receive their power from a 2.5-litre, 4-cylinder diesel engine – which delivers an impressive torque of 343Nm and 114 bhp. A 6-speed manual gearbox transmits power to the rear wheels of the vehicle. According to Hyundai, the iLoad’s engine emits around 199 grams of carbon dioxide per kilometre, with the iLoad having a fuel tank capacity of 75 litres.

Because power is transmitted to the rear wheels of the Hyundai iLoad, the vehicle is highly manoeuvrable, and enjoys a turning circle of only 5.6 metres – which is rather agile for a vehicle so solid. Although 114 bhp is certainly enough to move the vehicle along well during traffic, it is the impressive torque output that ensures a truly comfortable performance. In addition, the iLoad’s 6-speed gearbox is also responsible for providing a relaxed cruising experience. Two other admirable aspects of this vehicle are its low noise levels during driving, as well as its supple suspension which offers everyone in the car a comfortable ride.

The Wrong Fuel Rescue guide to safety in the Hyundai iLoad

The iLoad is equipped with most of the standard safety features, such as driver and passenger airbags as well as front seatbelt pretensioners for both the passenger and driver. The other rows of seating are equipped with lap seatbelts. Fortunately, there have been no reports of extreme reliability issues – and the fact that the iLoad possesses its 5-year guarantee does provide some extra peace of mind. Hyundai has been described as an “unsung hero” when it comes to safety in their vehicles. Although the iLoad is not equipped with the latest and greatest safety mechanisms, drivers can still feel confident while traveling in this vehicle.

A look inside the Hyundai iLoad

Offering a relaxed and calming driving experience, the Hyundai iLoad comes with a high level of the basic equipment. The driver’s seat is capable of height adjustment, and the rest of the front row has independent sliding functions so as to adjust legroom. Naturally, electric windows and electric door mirrors are standard in the iLoad, as well as an air conditioning unit . All iLoad models feature a 6-speaker stereo with iPod functionality as well as controls mounted on the steering wheel. Further, the interior boasts both aux and USB inputs and Bluetooth functionality – and a touchscreen sat-nav can be added as an upgrade.

Why invest in a van?

If you are considering purchasing an iLoad, or researching vans, you may be interested in hearing some of the more relevant advantages of owning a van in order to make a more informed decision. Check out the Wrong Fuel Rescue guide to the pros and cons of owning a van:

1: They possess great capacity and space

One thing is certain about vans like the Hyundai iLoad – they optimise cargo space. Whether they are tall, wide or fragile, a van can accommodate most loads. In a similar sense, vans can accommodate between 6 and 11 individuals comfortably – in most cases – should you opt for people carrier models such as the Hyundai iLoad Crew Van. This is perfect for large families or friendly group activities, not to mention holidays with people who overpack.

On the matter of holidays, many vacation-makers opt to use their vans as accommodation during their travels – which cuts down significantly on costs and is also highly convenient for dynamic travel. Most vans can comfortably accommodate at least 2 adults sleeping side by side. The fact that vans are covered means that loads will be protected by the elements, making them more suitable for transporting goods over long distances than a ute, for example. Bear in mind though, most vans are not well-suited to hilly terrain and off-road endeavours.

Vans come in all kinds of shapes and sizes, the Hyundai iLoad being one among many other types. Depending on what you will be using the van for, different aspects such as seating, towing function or simply commercial activities must be kept in mind. If the latter is an important aspect, the fact that most vans have fantastic access points such as sliding doors on the side, or swing doors at the back. Loading in both items and people could never be easier.

Have you ever seen, or watched a video of, a van’s back doors being opened to reveal something completely surprising inside? One of the reasons vans are so popular is the fact that they can be customised within, due to the spaciousness of the interior. Custom racks can be fitted to carry sporting items, workshop benches can be added, or beds can be installed off the floor to mimic a caravan, as some examples. The possibilities are endless – and if you are a creative, you are bound to have a great time customising the space.

Vans are famously affordable, making them an extremely appealing option for individuals starting business endeavours or families who are sticking to a budget. Despite their low cost, most of them, such as the Hyundai iLoad are known to be both safe, reliable and durable (bolstered by satisfying warrantees).

Need a wrong fuel rescue in your Hyundai iLoad

Wrong fuel mishaps are not uncommon in the iLoad. We at Wrong Fuel Rescue have assisted a number of iLoad drivers after accidental fill-ups. These accidents may occur for several reasons, such as:

Regardless of the cause, it is often easier than we imagine to pick up the incorrect nozzle and fill up your car. Should you notice your error immediately afterwards, please contact us at Wrong Fuel Rescue right away and refrain from even placing the key in the ignition of your car. This action, in many vehicles, primes the fuel pump and will begin circulating the wrong fuel in your Hyundai iLoad. When the incorrect fuel is circulated, mild to severe damage can occur.

Should you have driven off already without realising the error, you are likely to experience some conspicuous signs – which differ slightly on the type of engine, whether petrol or diesel, in your iLoad. If you have filled up with petrol engine iLoad with diesel, you may experience the following:

If you filled up your diesel iLoad with petrol, one or more of the following signs will occur:

– Your vehicle may battle to start, or may fail to start altogether

– You may notice a loud, knocking sound that occurs whilst driving

– You may experience a reduced performance and a slower acceleration

– The vehicle may suddenly cut out

If you filled up your petrol Hyundai iLoad with diesel, you will require a Wrong Fuel Rescue when you notice any of the following:

– You may notice excessive smoke coming from the exhaust pipe

– The vehicle may begin to make jerky motions

– The engine may frequently cut out

In both cases, pulling the vehicle over as soon as possible and in a safe manner is highly important. The more you drive, the more damage will be caused, and the costlier your engine repairs may be.