The Wrong Fuel Rescue Guide to the Holden Cruze 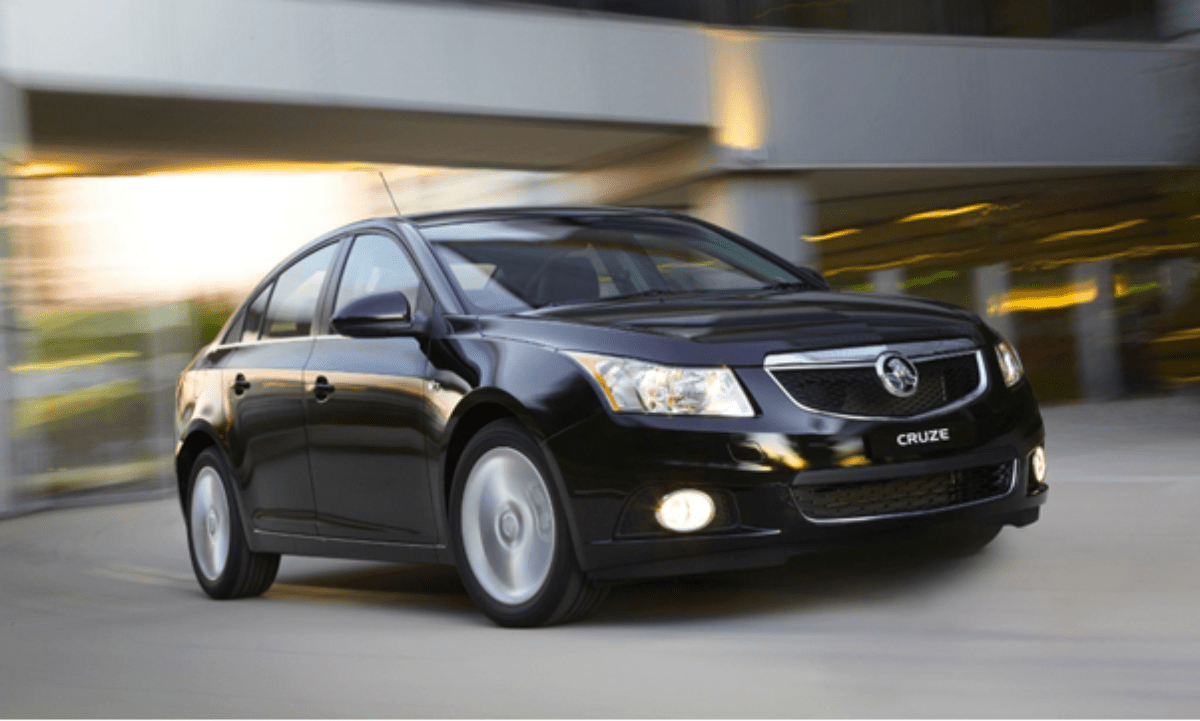 Making a comeback after an early retirement, the Holden Cruze returns with a new look and feel that embraces its history while welcoming the future. Although it has gone by many names, the legacy is the same throughout the years. Read the Wrong Fuel Rescue guide to the Holden Cruze as we outline the past and present day Cruze.

The Evolution of the Holden Cruze: A Wrong Fuel Rescue Guide

The Cruze is an important model in Australian automotive history. Growing from its unique beginning as a pioneering small 4×4 offering based on the Holden-designed 2001 Suzuki Ignis, to this country’s final-ever volume-production small-car range. A decade later, the Cruze proved to be a great competitor against the Toyota Corolla until Holden’s manufacturing stoppage in 2017.

The Cruze was released in 2008 for the South Korean market as the Daewoo Lacetti Premiere until the phasing out of the Daewoo brand in 2011, when it was renamed to Chevrolet Cruze. Before ceasing production in 2016, Holden’s Cruze was a formidable force in the market.

Making its debut in June 2009, the small sedan promised style, performance, safety and value in a “world-class small car”. In Australasia, the model was sold between 2009 and 2016 as the Holden Cruze. It got off to a cracking start, surging into the sales chart top 10 with 25,000 examples shifted in its first 12 months.

After its well-received welcome, the Cruze became Holden’s replacement for the German Opel-sourced Astra and ex-Daewoo Lacetti-derived Viva, with substantial Australian engineering. Although the packaging was class-competitive, the Holden Cruze was best-known for its locally-tuned ride/handling balance.

The Sedan and The Hatch

Holden launched the first Australian-built small car in over 12 years with the JH sedan in early 2011. In November of that year, the Aussie-designed Cruze hatch joined the line-up as part of a MY2012 refresh that brought new colours and standard Bluetooth connectivity.

The newly introduced Holden-designed five-door hatch came with a handful of improvements over the previously Korean-made version. However, the spacious wagon continues to be imported.

The hatch was available in the same four specification levels as the sedan, with no difference in pricing. This Cruze variant was only available as a five-door, and provided a cargo area of 413 litres, expanding to 1254 litres with the 60/40-split folding rear seats laid down.

When fitted with the no-cost option full-size steel spare, the boot space was reduced to 325 litres but the space surrounding the larger spare wheel provided storage spots for storing wet items. The significant space available, both in the boot as well as in the main vehicle, is another reason why this vehicle is a popular choice for those looking for the safety of a sedan, with the practicality of more space.

In 2013, the manufacturers looked at upgrading the sedan to create a better motoring experience. Holden then tasked its engineers with producing a more dynamic drive for its Cruze sedan and hatch range in 2013, as a part of a mid-life refresh for the locally-built small car.

It didn’t look any different on the outside, but Holden engineers ‘localised’ transmissions, suspension, steering and throttle mapping across a development phase involving around 70,000km of testing. Holden also launched two new performance-focussed variants – the SRi and the turbocharged SRi-V – to add some much needed spice into the line-up. With previous variants focusing on safety and practicality, adding this element of speed and power elevates this vehicle, attracting more potential drivers who are looking for a well-rounded vehicle with a reputation.

After a solid run, production slowed down in 2016, with the Opel Astra hatch and later wagon returning to Holden’s line-up, while the Korean-built Astra Sedan replacement was actually the international Chevrolet Cruze, but failed to fire in Australia. The latest Cruze looks to revive its legacy and kicks off its resurgence with a flashier, edgier look.

The Wrong Fuel Rescue Guide to performance in the Holden Cruze

The Holden Cruze can be powered by Unleaded Petrol (ULP) and Diesel fuel type(s) – this is something we always look out for at Wrong Fuel Rescue. Both the latest manufactured hatchback and sedan models have an estimated fuel consumption starting from 7L/100km for ULP.

The top of the range Hatchback Cruze SRi-Z series sports a 4-cylinder 1.6L turbo engine and is available in automatic and manual transmissions. Holden made sure that the Cruze didn’t lack driving force by equipping this compact vehicle with 230 Nm torque and a maximum power of 132kW. The 6-speed automatic machine holds 60 litres of fuel and is expected to consume 7.9L every 100 km travelled.

The Wrong Fuel Rescue guide to design in the Holden Cruze

The Cruze marked its comeback by receiving a mid-cycle upgrade, also known as a facelift or refresher, for the 2022 model year. The interior of the Holden Cruze was renowned for being quite spacious despite the small stature of the car, whether it was the sedan or the hatch. You would have noticed that some models have a touchscreen media system, but earlier examples missed out and had a less exciting dashboard. Holden also upped the quality of the materials used for the interior because one of the biggest criticisms of the Cruze was that its interior trim and leather felt cheap.

In addition to the new look and the improved standard of the interior, Holden also made sure to install technology that will help optimise the overall driving experience within the Cruze.

The updated features include remote starting functionality, automatic climate control standard and heated front seats which allows for a comfortable commute throughout the various seasons.

It also features 4G LTE connectivity and a built-in Wi-Fi hotspot (with limited service trial), and one of the segment’s biggest rosters of available active safety features. The Holden Cruze achieved its 5-star safety rating by ensuring that the tech used will assist drivers in preventing calamities and we at the Wrong Fuel Rescue are huge fans of the following:

The Lane Change Alert with Side Blind Zone Alerts helps the driver switch lanes correctly via display notifications that will indicate whether it is recommended to move over to a different lane while keeping an eye on various blind spots. This is done by using hidden radar sensors in the rear corners of your vehicle. When you’re driving forward, these sensors can detect moving vehicles located behind your side mirror in the next lane over.

The Lane Keep Assist with Lane Departure Warning will also help when moving through traffic. The Following Distance Indicator and Forward Collision Alerts show when a safe following distance is not being maintained and warns if there is a potential collision ahead. It’s designed to warn you if you’re about to crash into a slower moving or stopped car. This also aims to prevent tailgating.

In a parking lot, the Rear Cross-Traffic Alert will help you back out of spaces where you may not see approaching traffic, while the Rear Park Assist will guide you when reversing into a parking space. The Front Pedestrian Braking and Low Speed Forward Automatic Braking system alert the driver if a collision with a pedestrian directly ahead is imminent and he/she has not already applied the brakes, it can automatically apply the brakes to help reduce the collision’s severity or avoid the collision completely.

Need a Wrong Fuel Rescue in your Holden Cruze?

Mis-fuelling happens when you add the wrong fuel type to your vehicle, whether that be adding petrol in a diesel engine or diesel in a petrol engine. This is an unfortunately common mistake that can happen to anyone at any time, and more often than not, mis-fuelling your vehicle is a result of distraction, driver tiredness, or driver confusion over the labelling of jerry cans. It’s an honest mistake and one shouldn’t feel embarrassed about it. However, your car might not be too forgiving should you put in the wrong fuel.

At Wrong Fuel Rescue, we have come to the aid of many Holden Cruze drivers who have accidentally added the wrong fuel to their Holden Cruze. The Holden Cruze has a range of variants and body types that can use petrol and diesel fuel, depending on the model. This means that it is likely that you could misfuel with both fuel types, whether it’s adding diesel to the petrol engine or vice versa.

Using petrol in a diesel engine is an extremely serious problem and could result in expensive repairs and potentially permanent damage to your engine. Petrol will increase the friction between the various parts of your engine – unlike diesel which is a more lubricating fuel – and this is what will cause damage. The longer a diesel engine runs on petrol, the greater the damage which is why it is important to avoid turning the engine on in the first place if you realise your mistake ahead of the time.

Mis-fuelling your petrol Holden Cruze engine with diesel is also a very serious but frequent mishap that can become quite costly if not addressed immediately. Although it’s more of a risk to have petrol contamination in a diesel vehicle – due to petrol having a higher calorific value and diesel having a higher compression ratio – that doesn’t mean you should ignore the dangers that come with mis-fuelling. It may cause damage to the engine’s internal components and fuel lines.

If you have accidentally filled up your diesel Holden Cruze with petrol, here is what you may notice:

On the flip side, here is what you can expect when filling up your petrol vehicle with diesel instead:

If you notice any, or all, of the above warning signs, your best bet is to pull over as soon as you can safely do so and call us at Wrong Fuel Rescue. In order to prevent further damage to your Holden Cruze or vehicle of choice, do not keep driving to your nearest fuel station or repair shop. Instead, give Wrong Fuel Rescue a call and we will assist you in record time and get you safely back on the road.