The Wrong Fuel Rescue guide to the Holden Captiva 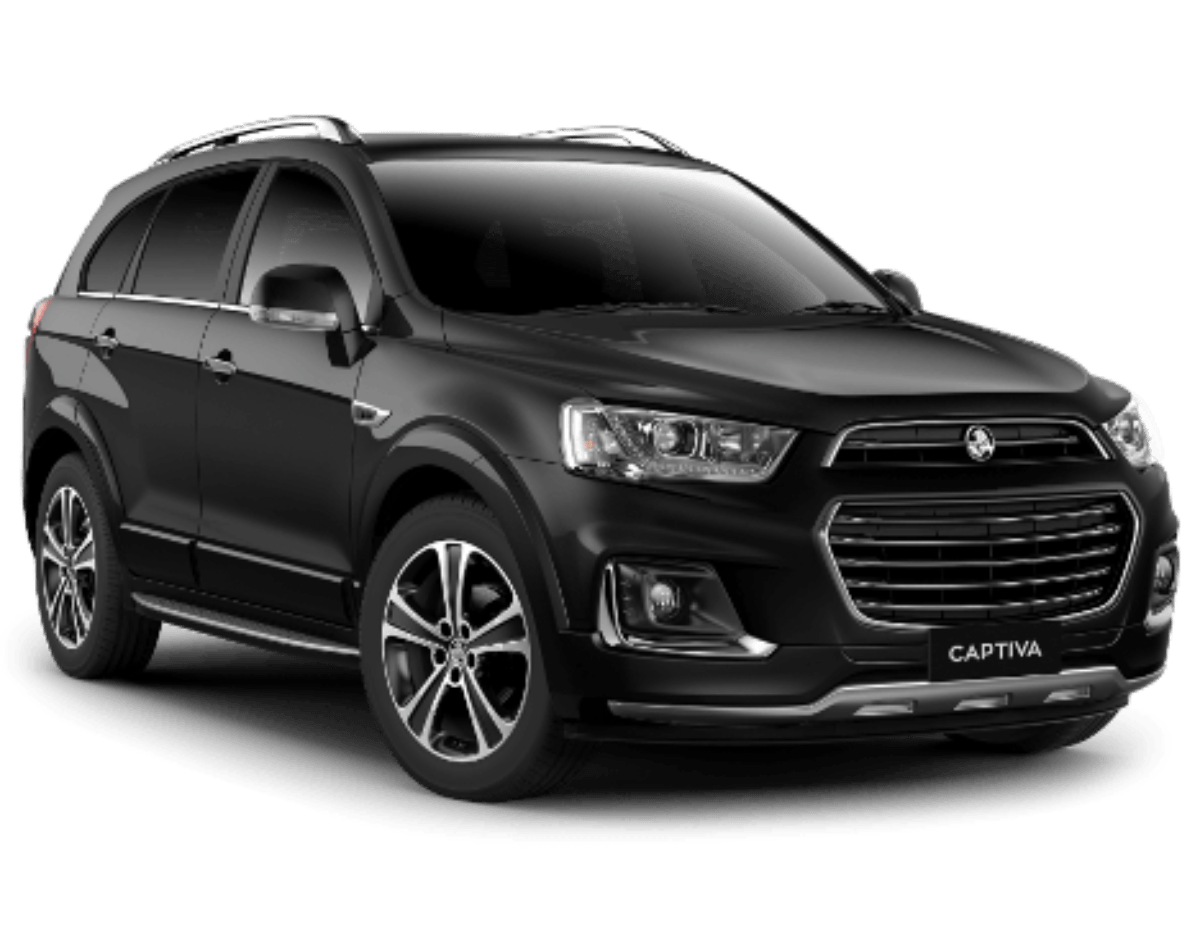 Standing out because of its affordability amidst a market full of SUVs, the Holden Captiva has stood the test of time. With a choice of 3 different engines, it is no wonder that this vehicle is enjoyed by many Australians as well as individuals around the globe. This vehicle also comes with 5 or 7 seats, which is why it is sought after by so many family-oriented drivers. Read on to find out all you need to know about the Holden Captiva and its various models – as well as what to do should you experience a wrong fuel mishap in the vehicle.

The Holden Captiva at glance

Although manufacturing of the Captiva has ceased since the vehicle’s replacement by the Acadia in 2018, there are still a variety of models available in dealerships, both new and used. The Captiva is best known for its ample seating, great connectivity as well as its spiffy interior. Whether it is a 7-seater or 5-seater, every Captiva model features a 5-door SUV-style. It comes in both all-wheel and front-wheel drive versions and is well-loved due to its relatively lower price in the market.

Beneath the hood of the Holden Captiva

As previously mentioned, this vehicle offers drivers a few different engine options, with a fuel tank capacity of 55 litres. Arguably most fuel-efficient is the 2.2-litre turbocharged diesel engine, which allegedly consumes only 8.5 litres every 100 kilometres. This version stands in the middle of the more sophisticated 3.0-litre petrol V6 version (available in the Captiva LT and LTZ models) and the 2.4-litre petrol engine available in the Captiva LS.

The V6 version is undoubtedly more powerful and offers a smoother drive, yet uses around 25% more fuel than its diesel alternative. This difference will become particularly apparent when utilising its extra acceleration in the instance of hilly terrain, towing and driving on city roads. The V6 all-wheel-drive engine averaged at around 14.4 litres per 100 kilometre in a test conducted in 2016. Unfortunately, it ranked least fuel-efficient engine in the 10 SUVs reviewed.

Within the vehicle, the Captiva features a 7.0-inch touchscreen that enables excellent connectivity for mobile devices – catering to both Apple and Android products. Steering wheel and voice controls can be accessed through mobile devices as well. The vehicle possesses the enviable cruise control, and drivers are assured a comfortable journey with the adjustable, leather-wrapped steering wheel.

Another great feature is the automatic headlamps which switch on in dark tunnels or at night. Dual-zone air-conditioning ensures that everyone in the vehicle is kept cool, with both the front-seat passenger and the driver being able to access and set temperatures as preferred. There is no need to worry about severe sun damage with the Captiva’s tinted windows that reduce sun penetration. Even in the light of day, daytime running lamps are enabled by a set of power-efficient LED lights that ensure you are especially visible to other vehicles on the road.

On another note, drivers have access to the ingenious smart key entry feature, which allows you to unlock the car simply by pressing a button on any of the doors (as long as the key is nearby). A reversing camera as well as rear parking sensors make parking incredibly easy for Holden drivers. The standard Captiva is equipped with aluminium alloy wheels – which are popular due to their lightness and stylishness.

Unused Holden Captiva’s sold after July 2018 come with a 5-year, unlimited kilometre warranty. This is great news for drivers as well as potential buyers. Before then, the vehicle was only covered with a 100,000 kilometre warranty that stretched over a period of 3 years.

The Wrong Fuel Rescue guide to safety in the Holden Captiva

In general, the Captiva has been regarded as a safe vehicle, possessing a host of innovative safety features that make it an appealing option for families. With features such as stability control, 6 airbags, auto-on headlights, LED daytime running lights and anti-lock brakes, there is no doubt that safety was a top priority during the design and manufacturing of the Holden Captiva.

Directly in front of the driver and front passenger sit 2 airbags, as well as side airbags to protect those individuals from side crashes at a chest level. Running along the front and middle-row seats are side-curtain airbags that protect the head region in the event of a collision. However, these curtain airbags do not extend to the heads of those in the third row of seats.

The upgraded LTZ model features a bling-spot alert – which alerts drivers if another vehicle is in the lane beside them when attempting to change lanes. This is an incredibly helpful feature when driving on busy roads and highways. The LTZ model also features a rear-cross traffic alert, which benefits the driver by adding some extra safety when backing out of a parking space.

The Wrong Fuel Rescue guide to space in the Holden Captiva

The Captiva, with its 7 seats, is not short on space. The middle row of seats offers adults ample leg and head room, and the flat floor coupled with the wide centre ensures even more comfortability. However, like most 7-seater SUVs, the rearmost seats are better suited to smaller individuals. This is mainly because of the raised rear floor and tighter knee space.

Like many other large SUVs, there exist 3 child-seat anchor points in the middle row. Obviously, if all anchor points are in use it may not be possible for people to access the third row of seats. In terms of storage space in the Captiva, when all 7 seats are in use, the boot space may be lacking.

There is enough space to fit a few overnight bags, however. Should the third row of seats be folded, the floor of the boot – while quite high – is broad and long enough to make it excellent for holding a lot of luggage or prams. Where the seats in the middle row split-fold 60/40, the back row split-fold 50/50. Fortunately, the Captiva makes folding seats easy with each row having a single lever.

Interestingly, the middle-row seat bases can be folded to rest up against the backs of the front row, making a deep gap for bikes and other objects to be slid across the car and stowed. The V6 petrol and diesel version are known to be capable of towing the biggest trailers, with an alleged capacity of 2000 kilograms. On the other hand, the 4-cylinder petrol models can tow around 1500 kilograms.

Before purchasing a Holden Captiva, it is important that you are made aware of some of the most frequent criticisms of the vehicle. Perhaps the biggest safety concern is the lack of head-level curtain airbags that are available for the front and second row but not the third.

Further, with a spare tyre only being optional through an upgrade, a puncture may be a very inconvenient occurrence. Further, when the spare tyre is requested, it has been found that it is narrower than the standard vehicle’s tyres. This means that speed will have to be reduced to a maximum of 80 kilometres per hour should you have the need to use it. In addition, without the optional spare tyre upgrade, the vehicle does not come equipped with a standard repair kit.

Unfortunately, no matter which vehicle you drive, the possibility of a wrong fuel mishap is always looming. Should you find yourself in need of assistance, we at Wrong Fuel Rescue are a simple phone call away. There are a few scenarios in which wrong fuel mishaps occur, namely those involving stress, distraction or simply a lack of knowledge about the vehicle’s fuel requirements as a new driver.

As previously mentioned, the Holden Captiva is available with both diesel and petrol engines, so ensuring that you adhere to the correct requirements is essential to the health of your vehicle. However, should a mishap occur, here is what you should do:

1. If you realise the error immediately

Should you become aware that you have filled up your vehicle with the incorrect fuel and have not turned on your engine – do not! In fact, refrain from even placing the key in the ignition, as in some vehicles, this action starts up a number of processes such as priming the fuel pump – which is to be avoided. This is because engine activity, and driving, circulates the incorrect fuel around the vehicle and systematically damages it. Essentially, the more you drive, the more damage is done.

2. If you have driven off with the incorrect fuel in your vehicle

Oftentimes it is only later that we realise our wrong fuel error, when the vehicle begins exhibiting symptoms of incorrect fuel usage. If you filled up your petrol Holden Captiva with diesel, you may witness the following signs:

– Excessive smoke from the exhaust

– The vehicle completely failing to start

If you accidentally put petrol in your diesel Holden Captiva, you are likely to pick up on the following signs that will lead to a need for a wrong fuel rescue:

– The vehicle struggling to start

– Excessive smoke coming from the exhaust

– The vehicle cutting out all together

In both cases, it is essential to safely pull over your vehicle as soon as possible. Do not attempt to reach your destination or the next fill-up station. Rather, stop the vehicle completely and call us at Wrong Fuel Rescue for prompt roadside assistance.

3. If you believe you have filled up with contaminated fuel

Although uncommon, there have been various instances where a wrong fuel rescue has been necessary due to contaminated fuel wreaking havoc in vehicles – much to the horror of paying customers. Fuel becomes contaminated with several substances, namely water, rust, algae, organic matter and sediment that settles and collects near the bottom of the tanks at service stations. It is impossible for one to tell if fuel is contaminated before filling up – making the entire situation even more upsetting.

Should you experience the following signals in your Holden Captiva – and you are sure that you filled up with the correct type of fuel – you may be dealing with contaminated fuel that will require a wrong fuel rescue:

– A sickly-sweet smell from the exhaust

– Vehicle is harder to start than usual

In each of the above mentioned scenarios, calling us at Wrong Fuel Rescue is your best option. We at Wrong Fuel Rescue are professionals in the process of fuel-draining and roadside assistance – and will do everything possible to alleviate any damage done to your vehicle and get you back on the road again.