The Wrong Fuel Rescue guide to the Audi Q7 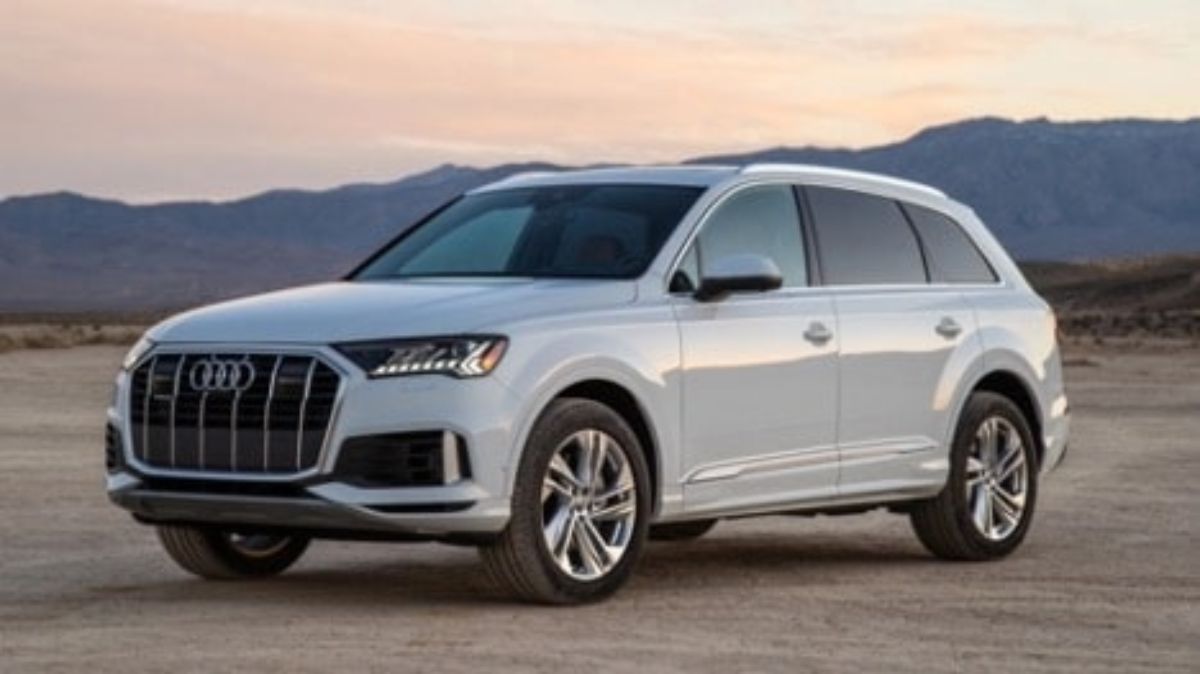 The Audi Q7 has made a name for itself in the luxury crossover SUV industry, well-known for its smooth all-wheel drive system as well as its contemporary design. The first Q7 model, designed and produced by the German manufacturer Audi, was introduced in 2005 at the Frankfurt Motor Show, and since then has seen various remodels and upgrades.

It is no surprise that this futuristic vehicle has become so popular since its unveiling, and the newest model, the 2022 Audi Q7, has reached the pinnacle of excellent design. Check out the Wrong Fuel Rescue guide on the Audi Q7 and find out all you need to know about its performance and exciting features.

The Wrong Fuel Rescue guide to the Audi Q7 exterior

As the first SUV offering from Audi way back in the early 2000s, the exterior of the Q7 has naturally undergone some drastic changes since then. Today, showcased in the 2022 model, we are faced with an impressively sleek and contemporary vehicle. With a stark grille that catches any eye and dynamic form – it is hard to miss. The 2022 Q7 comes in a variety of colours, including:

The standard version features angular rims and elegant mirrors, with the former being completely customisable should you desire. Naturally, the compelling Audi logo sits atop the grill and is impossible to miss.

The excellently-performing Audi SQ7 cannot go unmentioned here either. With its turbocharged 4.0-litre V8 engine, it reaches a horsepower of 500 and 598 point-feet torque. Audi alleges that this model can sprint from zero to a whopping 96 km/h in only 4.3 seconds! This claim alone stands testament to this model’s power. The Q7 also has a fuel tank capacity of a whopping 100 litres, meaning a full tank will get you around 759km.

When it comes to the ride and handling of the 2022 Q7, many argue that there are few vehicles that can rival the comfort and playfulness of the vehicle. The vehicle travels in a composed manner around turns, with a body roll that is kept well in check. The vehicle’s steering is also said to be very well-weighted. The all-wheel steering that is up for grabs boasts an impressive manoeuvrability at considerable speeds, and a large degree of precision at higher speeds. The vehicle is also said to have a truly cushioned and comfortable ride, but those who wish for any even silkier ride can request the optional air suspension.

Upon learning the high degree of modern comfort and style featured within the vehicle’s interior, you will understand why the Q7 sits high atop the Wrong Fuel Rescue list of comfortable interiors. Featuring a contemporary and minimalist design – the inside of the Q7 showcases some of the newest technologies and a fantastic build quality. The cabin is a known favourite for many Q7 drivers.

The controls are laid out intelligently and the interior features extremely comfortable seats that are both ergonomically supportive as well as fully adjustable. The cabin of the Q7 exhibits soft leather surfaces and wooden inlays that make it a dream to look at. Although the vehicle does not contain much cargo space when all seats are in use, the rear row can be lowered and raised easily with power controls. Even in the 2019 Q7 model, when the seats were lowered, the vehicle boasted enough space for 25 average-sized carry-on-suitcases.

Behind the third row of the 2022 Q7, there sits a 14.2 cubic feet of space. Behind the second row, around 35.7 cubic feet, and in front of the first row – around 69.6 cubic feet of space. While this is less significant than most two and three-row luxury SUVs, it should be sufficient for small storage requirements and family activity equipment.

The Q7, with its three rows, can seat 7 individuals. With standard leather upholstery on all seats, the front two are heated and power-adjustable. Amazingly, potential owners can opt for upgrades such as ventilated front seats, massaging front seats, heated second-row seats as well as a heated steering wheel for the coldest of days. The front seats are famously well-cushioned and roomy and highly supportive.

In the second row, most adults will have enough legroom and headroom to sit comfortably, whereas the third row is best suited to children due to space constraints. The vehicle features 5 complete sets of LATCH connectors, making it family-friendly even for the littlest of travellers. With 3 situated in the second row and 2 in the third row, there is plenty of choice and enough space for a few small passengers that require the LATCH seating connectors.

Anyone who has had small children will know that installing child safety seats can be notoriously difficult. A worrisome fact is that an estimated 3 out of 4 child car seats are not installed correctly. In order to avoid this, the Lower Anchors and Tethers for Children (LATCH) system was developed around 2002. In most luxury vehicles, LATCH systems can be found that allow the installation of convertible, infant and forward-facing child safety seats.

Featuring a 10.1 inch infotainment touchscreen and a smaller 8.6 inch screen located just below in the standard Q7 model, tech-lovers will certainly enjoy the vehicle’s infotainment system. The lower screen is used to adjust vehicle settings as well as climate control. Both screens are highly responsive and work through haptic ( vibration or touch-based) feedback. The vehicle can also feature the exciting Audi Virtual Cockpit, an intuitive and user-friendly system that replaces the traditional gauge clusters with a digital display of 12.3 inches which aids in better concentration while driving.

The vehicle also features connectivity options such as:

Some features that can be included with upgrades include:

Safety and driver-assistance in the Audi Q7

We at Wrong Fuel Rescue believe that passenger safety is the highest priority, whether in a vehicle under normal circumstances or whether in need of a wrong fuel rescue. For those interested in the 2022 Q7, or earlier models, they can rest easy knowing that this vehicle’s design places the safety of its passengers at the helm of importance. Most of the newer Audi Q7s feature a standard automated emergency braking and forward-collision warning, as well as available lane-departure warnings and lane-keeping assist. Further, a semi-autonomous driving mode and adaptive cruise control may be available.

Some other safety features include:

The last feature is perhaps one of the most interesting and innovative. This new wiper system does a great job in detecting the amount of water on a vehicle’s windshield and then controls the wiper. Many automakers use optical sensors in order to detect moisture, which are often mounted near the rear view mirror in contact with the inside of the windshield.

These sensors project infrared light onto the shield at an angle of 45 degrees. Should the glass be dry, the majority of the light gets reflected back onto the sensor. However, should water droplets occur on the glass, the light is reflected in a few different directions. The wetter the windshield, the less light there is that makes it back to the sensor.

Within the sensor, the electronics and software turn on the wipers at the point when the amount of light that is reflected back onto the sensor decreases to a certain level. Then, the software accordingly sets the speed of the wipers to the appropriate level, based on how fast moisture is building up on the windshield between wipes. Naturally, this feature can be turned off or overridden when the car is being washed.

Two other features that can be added at an extra cost include a surround-view parking camera system, as well as an exciting night vision camera. Vehicle night vision is a sensor that allows the driver to remain aware of vehicles, animals and people that are out of reach of the vehicle’s headlights. Some newer automotive infrared systems are so advanced that their algorithms are able to determine whether the hot spot ahead of the vehicle is both living or moving and then alert you to the possibility of danger.

Whether we are prepared or not, wrong fuel mishaps do occur. SUVs like the Audi Q7 most frequently require diesel instead of petrol when filling up. This is because vehicle manufacturers know that diesel engines are more efficient and use around 15-20% less fuel – which means that running costs are cheaper in most cases. Many diesel vehicles that feature higher low-end torque are fantastic for cruising along highways as well as making overtaking a breeze without even needing to downshift.

It makes sense why most SUVs use diesel instead of petrol. If you, or someone else, accidentally fill up your Audi Q7 with petrol, you are going to need a wrong fuel rescue. If you do not notice your error right away, it will soon become apparent to you. If you have put petrol in your diesel Audi Q7 you may notice:

If you have put diesel into your petrol vehicle some of the things you may notice include:

If this occurs, try not to panic, as we at Wrong Fuel Rescue are available in various areas around the country to come to your wrong fuel rescue, no matter the time of day (or night). Do not hesitate to contact us should the need arise.