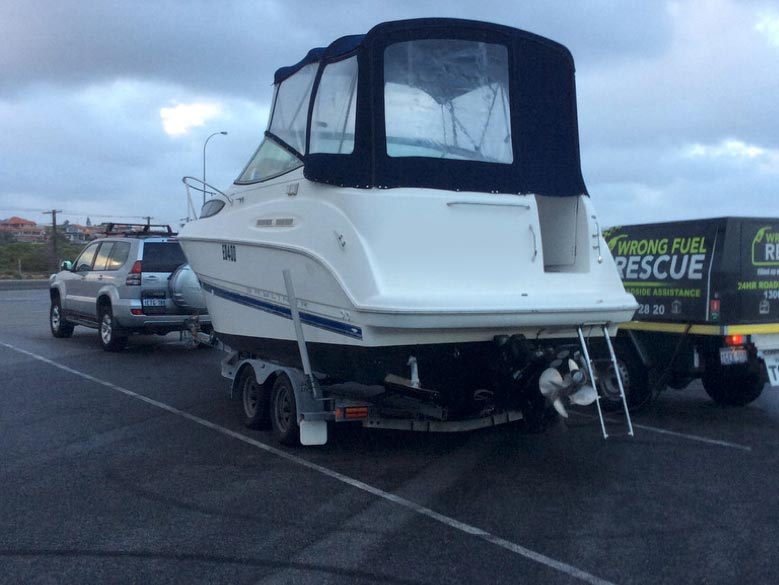 These customers, a family of four were leaving the next day to take their new boat out  for a spin on the pristine QLD waters.

Everything was organised for their departure, they had purchased fresh new life jackets and some new fishing rods. However, no life jacket was able to rescue them from this blunder.

Pre-occupied, thinking about the next days adventure, the husband accidentally put the wrong fuel into their new boat. The thought of doing damage to their boat’s engine was pretty worrying. Not to mention the kids disappointment at the prospect of their boat adventure plans up in smoke.

The service station attendant made them aware of Wrong Fuel Rescue and approximately one hour after we arrived they were back on track, not only were their plans saved, they also saved themselves thousands by using our services!